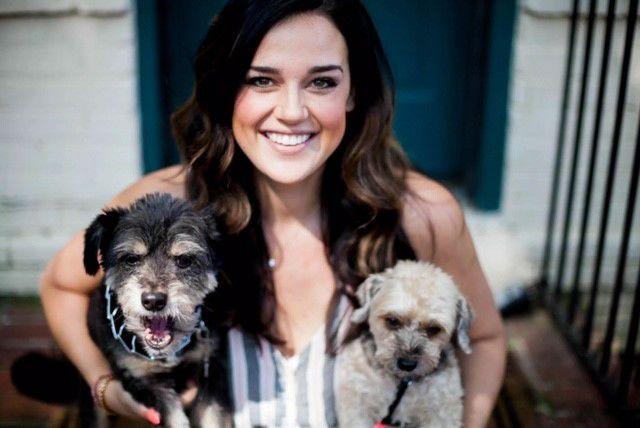 MANSFIELD – From the outside, Danielle (Dani) Leedy looked happy. She was 33 and successful, beautiful, with a great job, loving family, two dogs and a nice apartment in Washington D.C.

But like many others across the country, she was wearing a mask.

Since her teenage years at Lexington High School, Leedy struggled with her mental health — depression, anxiety, PTSD and body image disorder. Some of her closest friends had no idea she first attempted suicide at age 15 — and again a few times after that.

“A lot of people are like a duck on a pond. You look beautiful going across the top of the flat pond, but underneath your feet are going like mad, trying to keep up,” said Dani’s stepfather, Jeff Heck.

In early 2019, that was Dani’s scenario. She was working as the chief operating officer of Dream Bigger Media Group in Washington, D.C. Her earlier successes with a startup company in the behavioral health field had led to this opportunity.

Jeff Heck recalls Dani was the sixth employee, but when she left there were approximately 350. He estimates she was supervising 250 of them.

“She was a big boss, lady manager — in charge Marge, I used to call her,” he said. “She was very strong, a very bright, very, very capable person and a good leader.”

She was taking care of her mental health, too. Leedy took medication and spoke regularly with her psychiatrist.

Everything indicated that her life was on the upswing.

“She’d conquered it, then would have a little fall. It would be up and down, just like (in) a lot of people’s lives. We thought it had been pretty stable for her,” Dani’s mother, Donna Heck said. “But she had times of darkness and sadness, and one of those times just kind of overwhelmed her.”

“If we were interviewed in day three after this, we couldn’t even speak about the loss that we felt,” Donna Heck said. “You can’t breathe. You can’t put one foot in front of the other.”

Nearly nine months after the passing of Danielle Leedy, life hasn’t returned to normal for the Heck family. It never will.

Leedy’s parents have unwillingly adjusted to their new lives – one where they no longer get to see their daughter’s beaming smile walking into a room, where they occasionally meet their daughter’s friends to reminisce, and where they work daily to keep her memory alive through a newly formed nonprofit, called 33 Forever.