“The Ripple Effect” Of Suicide 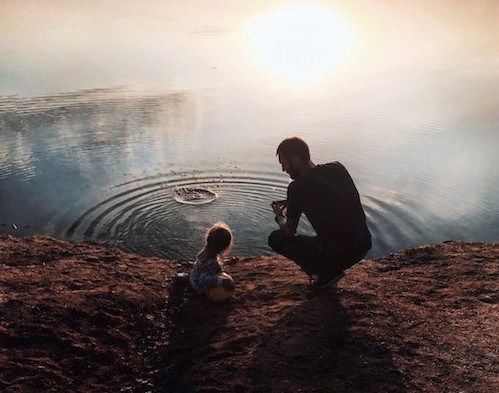 “A suicide is like a pebble in a pond. The waves ripple outward.”
First Wave:
When someone dies by suicide, the people impacted most dramatically are those closest to the person who died: family, friends, co-workers, classmates.
Second Wave:
Those people who are members of an individual’s community, such as members of a faith community; teachers, staff and other students in a school; or service providers, may also be affected by a suicide.
Next Wave:
People who may not even know the person who was lost such as law enforcement and funeral home personnel (as with Dani’s suicide), friends and families of friends….
It is estimated that 115 people are exposed to a single suicide, with 1 in 5 reporting that this experience had a devastating impact or caused a major-life disruption.
Steps we can take:
1. Work To Decrease Stigma
2. Increase Support to Community
3. Help People In Need Access Mental Health Resources
We need to bond together as families, communities, churches, organizations, employers, schools etc., to stop the ripple effect that suicides cause.
#zerosuicide #33forever #suicideprevention #suicideawareness #youmatter #fight4dani #endthestigma #mentalhealthawareness
https://www.nami.org/Blogs/NAMI-Blog/September-2018/The-Ripple-Effect-of-Suicide?fbclid=IwAR1eHx0SM6pMs4ogLe5tbjcuKlmoILEU4sROqFXc10VXh8VvtTFilR2_jWg