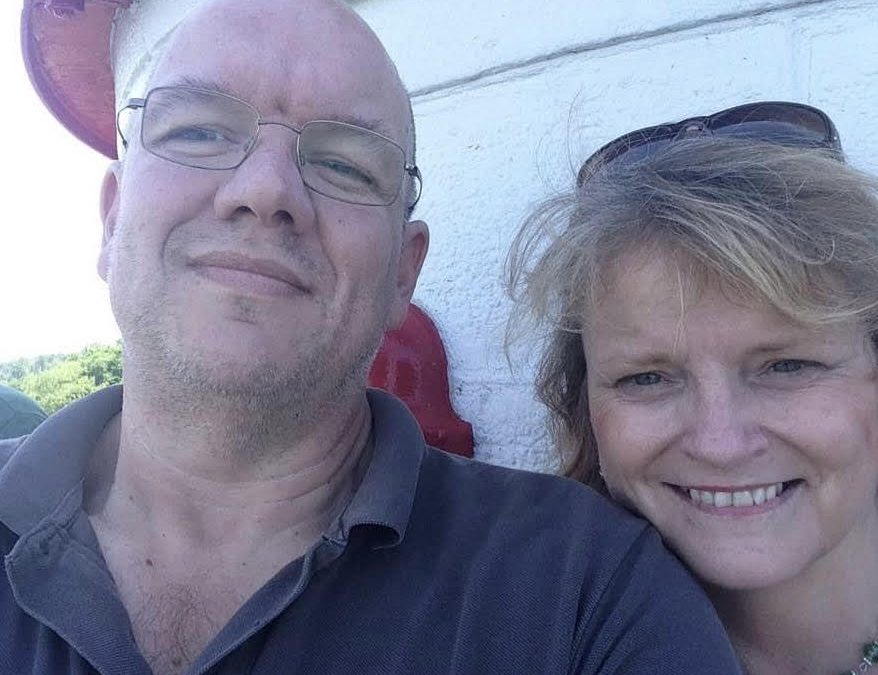 My struggles with alcohol began in my teens. I took my first drink when I was about 13 and the drugs then came soon after. My family members have also struggled with alcohol. This type of addiction can be an inherited trait.

During my early teens, I worked for my grandpa at his service station. I also had a friend who worked there. He and I would go to lunch and smoke pot or drink. At age 16, I was suspended for possession of drugs. I had to go to juvenile court and do a counseling program. They wanted to know where I got the drugs but I wouldn’t tell them. That just made my punishment worse. I refused to go to the program. The judge told me I was a smart mouth young man with an attitude.

Even after this, I kept up the drinking and drugs. It was easy to get anything I wanted because I had a few older friends who were willing to buy it.

When I was 23, I was pulled over for drunk driving and got a DUI and 3 days in jail. I also had to go through an “alternate” program. Once I was finished with that program, they officially diagnosed me with an “addiction.” I knew this but I didn’t care. After many more years of alcohol and drug abuse, my life was a long list of bad decisions and choices.

I was in a bad marriage as a young man. We were married for almost 10 years. At that time, when I started to drink, I couldn’t stop. But I had married my bartender so what would you expect? I started to have blackouts when I drank. I always drove home like that. Thank God I never hurt or killed anyone.

In May of 2002, my marriage ended. The alcohol and drugs then were a daily habit. The blackouts were hitting me almost every time I drank (scary, I would wake up in places and have no idea how I got there!). I wanted to just check out on life. It was getting too hard to do. The next few years were a blur. My family and friends would tell me that I was an idiot when I drank.

In the years 2004 and 2005, my body was done — I was spent and exhausted. My employer at the time told me I had better do something or I was going to get fired. I tried to stop drinking on my own but the addiction was too strong for me. I then realized when I wasn’t drinking or high, I was depressed or anxious. The cravings for the “high” were driving me to do more and more.

I got checked out by a doctor. He started me on antidepressants around this time also. They helped me somewhat but not much. At that time, I started to have suicidal ideation with severe anxiety. Things were getting worse as I tried to find the answers to my struggles. I hated myself. I finally decided I had to get serious. My mom and dad were in Florida at the time. They said they would come home and drive me to treatment at Glenbeigh Center.

I did a lot of counseling and treatment there. After a week’s stay, they told me I would have to leave because of insurance problems. I was not ready to leave but on a very snowy day, I finally left for home. I started seeing doctors for the addiction. I had some success but overall my symptoms were only getting worse.

The best thing that ever happened to me was when I met my wife. We were married in 2012. She has supported me 100% through this journey.

In the summer of 2017, the depression got bad and the suicidal thoughts got real bad. I went to the hospital. They kept me in the psych unit for a week. I felt better and I got a new doctor. The only thing he seemed concerned about was feeding me more medication. I took so many meds, the list is too long to recite.

I had started to miss a lot of work. I needed answers. I started searching the web and calling phone numbers. I found a clinical trial for a drug called “ketamine.” It was being tested on people for major depression. The trial drug is given through an I.V. and I had to drive to Cleveland to receive it. However, it has worked well for me. I had to jump through a lot of hoops for the trial but it’s been worth it.

My wife was also looking into another avenues for me. She had found a clinic in Chicago called the Amen Clinics. They have developed a new brain scan called a S.P.E.C.T. Scan. It shows how your brain is working or not working. We have received a wealth of information through this clinic. When we went to Chicago, COVID had hit the scene. It was such a weird, scary trip but we made it. The brain scan answered a lot of questions. I got yet another new doctor at Amen Clinics. He prescribed not only medications but also lifestyle changes that would help heal my brain, along with supplements and minerals.

I have shared my scans with 33 Forever. The differences between a “normal” brain scan and my scan are obvious and dramatic. So what I am trying to say in all of this is for those of us who have this illness, there are many causes and steps that can be taken. I think I have always had depression and alcohol and drugs just covered up and, at times, eased those symptoms.

Over the course of about 20 years, I have taken a combination of a lot of meds. The doses have been increased, decreased or even taken away completely with different side effects along the way.But there is hope! If you struggle like I do, please, do your research and stay connected with friends and family. Do a some hobbies, turn on the music or get out in nature. All of these have really help me.

Blessings to all who read this. Please remember we are not alone. God is always there for us!