Donna Heck, 33 Forever’s president, has been named to the board of directors of the National Alliance on Mental Illness (NAMI) Ohio.

Jeff Heck, 33 Forever’s board chair, was recently selected to the Ohio Suicide Prevention Foundation Board.

Terry Russell, Executive Director of NAMI Ohio, said, “Our board of directors was thrilled when Donna Heck made herself available to become a board member. Through a personal family tragedy, the Hecks have been heroes to the mental health community. By establishing 33 Forever, they are having an impact every day on other families dealing every day with this mean illness.”

NAMI Ohio, the largest NAMI affiliate in the country, has a board of 28 members from every part of the state. The majority of the board members are family members of those with mental illness.

It also has members living with mental illness and has four members who are professionals within the community mental health system.

Russell added, “As a part of NAMI Ohio, the state’s voice on mental illness, when Donna speaks, her voice will be heard and lives will be saved. We cannot thank her enough for taking on this extremely important role.”

As to Jeff Heck’s appointment, OSPF’s Executive Director Tony Coder said, “The Ohio Suicide Prevention Foundation is so proud to have Jeff Heck from 33 Forever join the OSPF Board of Directors. His immense passion to save lives and improve opportunities for people to find mental health care not only strengthens the organization but the entire State of Ohio.”

The Ohio Suicide Prevention Foundation is the statewide organization working to bring about changes in attitudes and perceptions surrounding suicide and its relationship to mental illness, alcohol and drug abuse and other issues. OSPF believes that suicide is a preventable public health issue, and it acts as a catalyst for and steward of suicide prevention activities across Ohio.

33 Forever, Inc. is a nonprofit organization founded by the family and friends of Danielle Leedy, a vibrant, strong, professional young woman who lost a long battle to chronic depression in February 2019.

It was created to honor Danielle’s life and her longtime passion to raise awareness, empower and comfort those struggling with depression, anxiety, self-worth issues and suicidal thoughts. 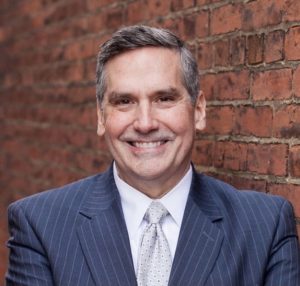