Mathew Shares His Story to Raise Awareness and Break Stigma 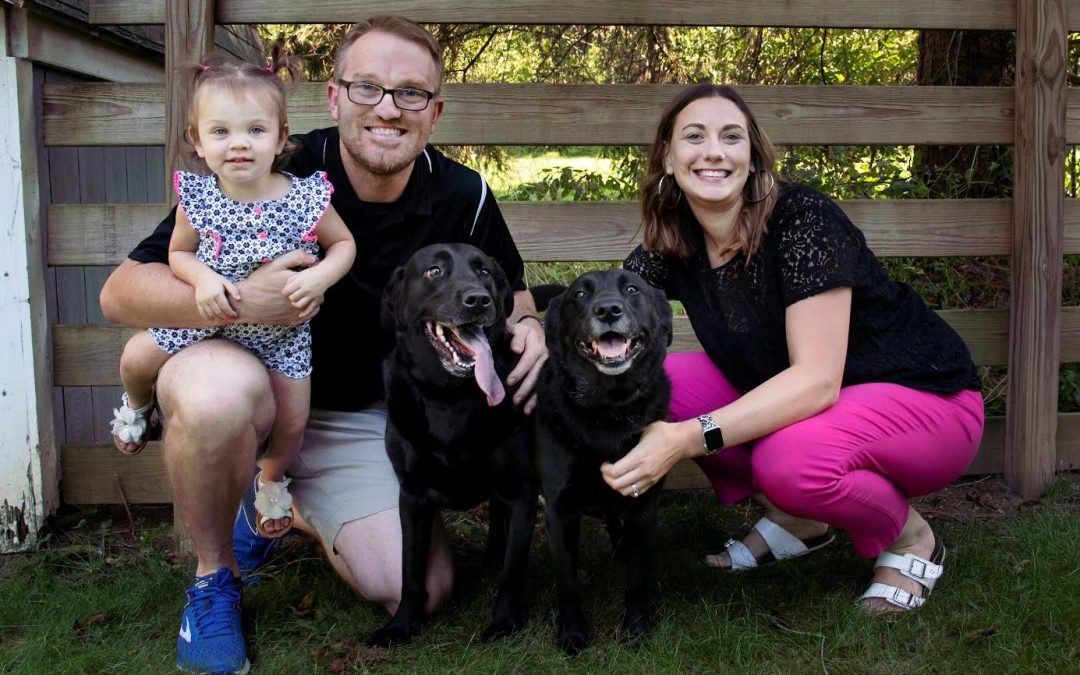 I’ve wanted to write this for a long time now. In my head, I’ve been writing this for over two years. In print, I’ve been working on this for several days.

While there are very caring individuals around me each day and in our society, there are also many people out there that judge those that suffer from depression and anxiety. After all, isn’t depression something that you can fix by simply telling yourself or having someone else tell you – “Don’t be sad” or “Cheer up, things aren’t that bad”? Isn’t anxiety just things that are in your head? Can’t that be fixed by telling yourself (or having someone else tell you) “Don’t worry about it” or “Just stop thinking about it”? Depression and anxiety are just things that people use to seek attention, right?

I have struggled and battled depression and anxiety since I was a teenager. I have reached a point in my life now that I finally feel safe to speak and tell my story. The purpose of this piece IS to draw attention – to draw attention and create awareness for an illness that affects many people around us. While some people do open up and tell their story, there are still many people who have sat in silence and will continue to sit in silence for a fear of judgement and a fear of being treated differently. A mental illness does not have a physical feature. It does not show on the outside of a person. Because of that, some people are really good at hiding the darkness they feel.

Having depression and anxiety is not always feeling sad, down, and/or on edge. For me, most of my days are really good. I take medication each day, at 7:15 am, with my breakfast. I have not missed a day in the last two and a half years. Taking medication each day, combined with Cognitive Behavior Therapy (CBT) and a few other things are what I need to have more good days than bad. While my good days are really good, my bad days can be equally bad. There are a variety of things that can trigger someone’s depression and someone’s anxiety. My life changing moment was something that occurred over the span of several months (March 2017 to July 2017).

I took medication for my depression from the time I was 19 years old (October 2003) until March 2017. Under doctor’s supervision, I tapered off my medicine over the course of a 6 week period. We suspected one of the side effects of the medication I took was causing trouble with Katie and I getting pregnant. The plan was to stop taking my medication and then start taking it again as soon as Katie became pregnant. From March 2017 to July 2017, I was unmediated – and a completely different person. I was unhappy with a lot of things and was stressing out over things that weren’t even happening.

I made a career change in June 2017 that triggered, and then skyrocketed, my feelings of depression and anxiety. Going from being a classroom teacher in one school district to an athletic administrator in another was me taking a leap of faith. A week after I resigned my teaching position at Madison, I started to regret my decision. I quickly second-guessed what I had done. I was going to Crestline, a district with people who didn’t know me, and a district that had a lot of turnover in the athletic director position in recent years. I convinced myself I had ruined myself professionally with this move. I even had one person tell me, “I can’t believe you left Madison for Crestline. For whatever it’s worth, I think you made a huge mistake.”

Having thought I ruined myself professionally, and the fact that Katie and I had no luck getting pregnant, I convinced myself I had ruined her life. I couldn’t give Katie something she’d always wanted and deserved. I convinced myself I was going to fail in my new profession, lose my job, and not be able to provide for my wife. I had failed, I let her down. She would be better off without me. She could find someone who could give her what she wanted and deserved.

The last week of July 2017 was the lowest of the lows. I hated myself, I felt like I was letting everyone down, and I slept a total of 10 hours in a 6 day period. Every negative thought imaginable was running through my head. In trying to figure out how to best fix the problem I created and how to make my wife happier in the long run – the only option was for me to not be around. Yes, I thought, suicide was the solution.

I’m thankful Katie found me crying and grasping a pillow in our bed when she did. She helped get me the help I needed. I spent 6 days in a mental care facility, enough time to get back on the anti-depressant medication that had helped me for so many years. I was released on a Friday afternoon and started my first full official day as the Crestline Athletic Director on that Monday. A Monday morning meeting with my superintendent to explain why I missed four days of work was met with understanding and compassion, something that I was and have been forever grateful for. As I was leaving my meeting, Katie sent me a text asking to meet for lunch.

As I got in my car, I remembered Katie had packed me lunch for that day. I thought it was weird, but I figured she just wanted to check on me without actually telling me that. When Katie came and picked me up, we went to the McDonald’s in town. I was on the phone with another AD trying to find a second varsity football scrimmage that first year. As I tried to get out of the car, Katie grabbed my arm and kept me sitting down until I got off the phone. I hung up and without saying a word, she handed me her phone with a picture. It was Charlie (our dog) with a note beside him that read, “Guard Dog Duty starts April 2018.” I didn’t have time to process what I saw until she swiped right to a picture of Lily (our other dog) with a sign that read, “I’m getting a human, April 2018.” I finally reacted with, “You’re pregnant?!” She shook her head yes, cried, and we grabbed and hugged each other for several minutes. As it turned out, she texted me that morning after leaving her doctor’s office.

During the next two years at Crestline, I had ups and downs – just like any job. The good outweighed the bad for sure, and those are years that I value and cherish. I would not trade that experience for anything in the world. I still keep in touch with many people in Crestline. I have many great friendships from my time there. Crestline is a place with a lot of pride, talent, and tradition.

The decision to go back to teaching came down to two things for me. First, I missed the kids and the actual teaching. I’m a teacher at heart. Second, the hours were not conducive for a father. Many people have jobs that are not ideal for parenthood and do not have the luxury to fix that situation, but I did. I wanted to spend more time with my family – because I almost wasn’t here. Now, when I think about that, it scares me and makes me sad.

Had I gone through with my plan for suicide, Audrey would now be growing up without her father and my wife would always be wondering if there was anything she could have done differently. My wife is a rockstar – plain and simple. She is my true soulmate and my best friend in the world. My wife, my parents, my siblings, my grandma, my in-laws, and friends have always been so incredibly supportive of me in my battle with mental illness. Without their support, I wouldn’t be the person I am today.

I have many ways of maintaining my mental health today – cognitive behavior therapy, medication, prayer, spending time with my family, making a list of fun things to do each day, and running. The biggest of all of these is running. That said, I wouldn’t have my running without my family. I can’t explain how excited I get when I am racing and I see Katie and Audrey along the course! Audrey has learned to yell to runners, “Go, go, go!!”

The handful of people I’ve told about my struggle I have also asked not treat me any differently. Now that more people know this about me, I’ll say this – I don’t need handled with kid gloves, I don’t need to be coddled, and I don’t need any special treatment in my life. I am a happy person most days because I surround myself with people who treat others with kindness and respect. That helps more than many people probably realize. 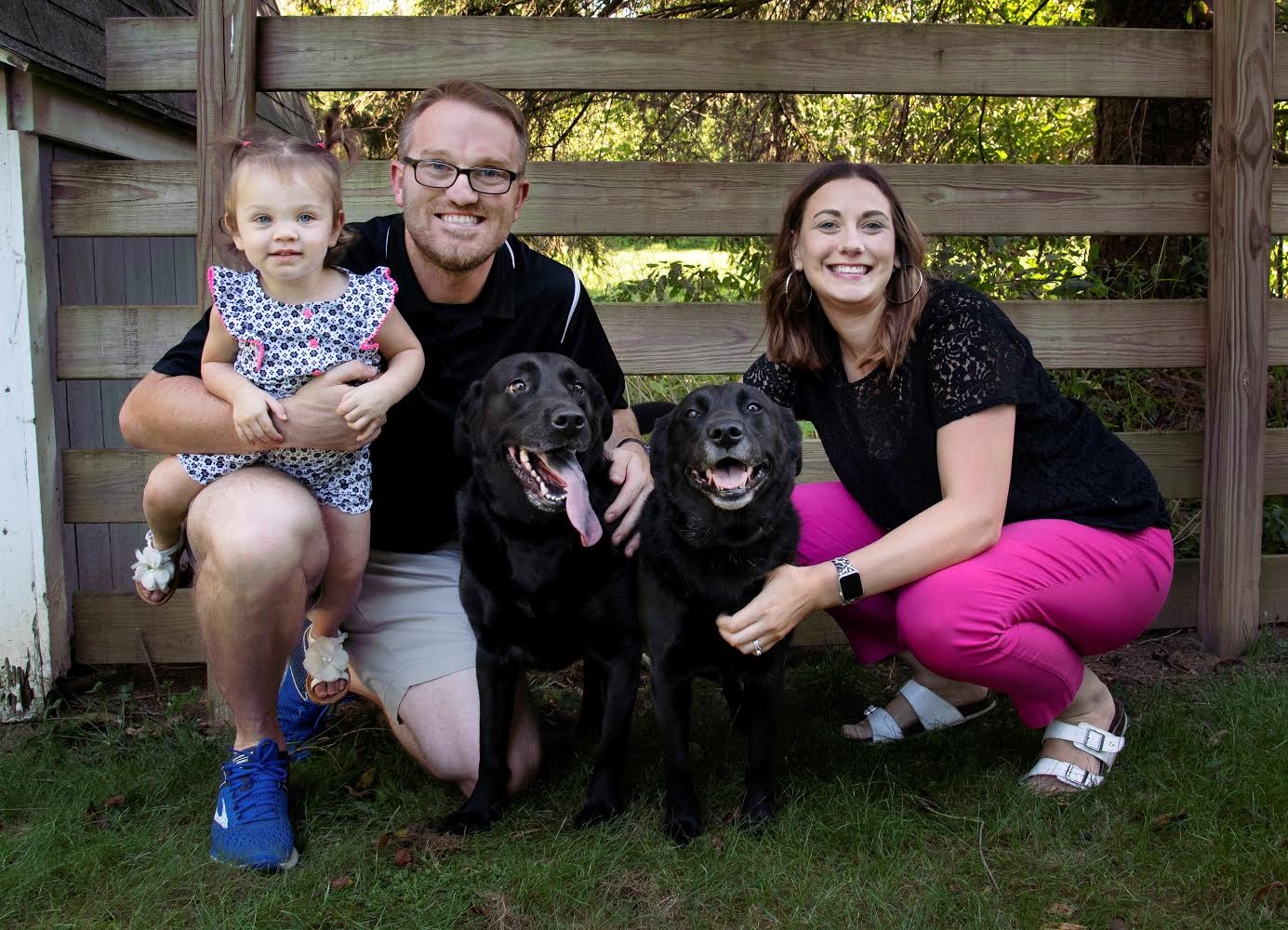